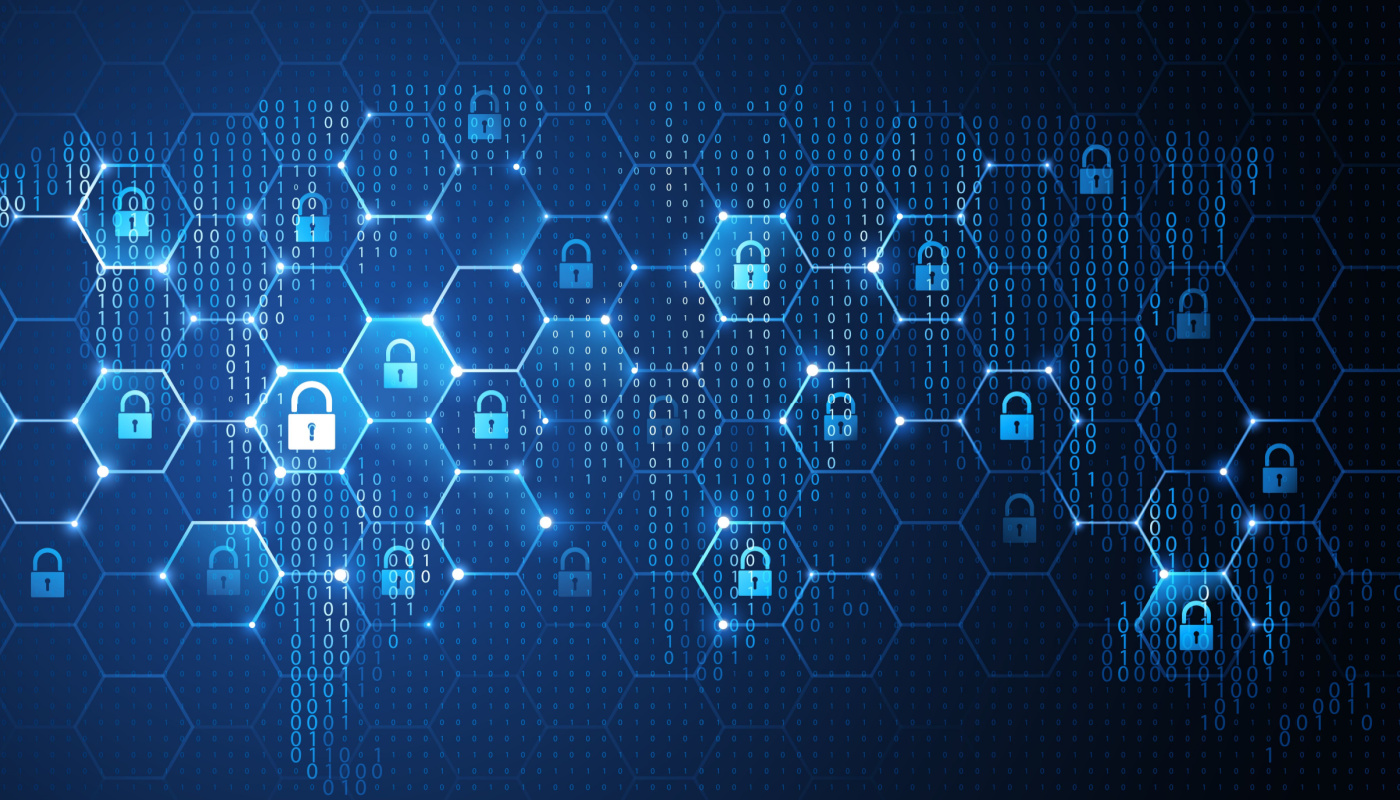 Once upon a time in Application Security, times were simpler. Not long ago security and development teams could simply scan their code for vulnerabilities and feel confident that their next software release would be secure. But no longer.

The software development lifecycle (SDLC) has grown more complex and agile, and in the process enveloped by a complex web of people, processes and systems. The modern SDLC, increasingly called CI/CD pipelines for those adopting DevOps, is a larger and ever-changing attack surface that requires going far beyond code scanning – challenging AppSec to move in a new and uncharted direction in order to secure it.

In this blog we examine the evolution of application security and why securing the modern SDLC requires organizations to embrace new approaches to supply chain security, code to cloud security coverage and protection from modern threats.

SCA and SAST: A Focus on Code Scanning

The practice of code scanning has been around in some form for decades. Static Application Security Testing (SAST) and Software Composition Analysis (SCA) tools were introduced in the early 2000’s and adoption has grown exponentially. These tools are now a common and critical component of today’s AppSec toolkit.

Today, organizations benefit from SAST and SCA scans that are reliable, scalable, and purpose-built to find common vulnerabilities in code. However, these scans have serious limitations as it relates to holistic application security, including the fact that they often noisily create security issues without context, and don’t provide visibility into the entire software supply chain environment.

In the past 5 years, the SDLC has shifted to high-speed, high-volume, continuous releases made possible through DevOps methodologies. Modern applications are built from hundreds to thousands of parts that make up the CI/CD pipeline including code libraries, code repositories, build servers, plug-ins, pipeline orchestrations, development/deployment artifacts, artifact registries, Infrastructure-as-Code, and much more.

Remember the phrase, “you are only as strong as your weakest link? With thousands of attack vectors to defend, organizations are struggling to surface them with related context, prioritize remediation based on business criticality, and protect applications all the way from code to cloud. Bad actors have learned how to exploit the broader range of modern application security vulnerabilities, harming your organization and potentially others downstream.

More Than Scanning Code: Securing Applications Through the Modern SDLC

Organizations need broader visibility and context across this complex and dynamic attack surface. How can this be achieved? By thinking not only about securing code but also the systems/infrastructure, pipelines/processes, and people that span the pre-production environment from code to cloud. Let’s look at some of these components with examples of vulnerabilities in each.

The use of development systems like Source Code Management (SCM) systems such as GitHub, build servers like Jenkins and artifact registries such as JFrog are now commonplace. Unfortunately, it is not uncommon for these systems to be misconfigured in a way that can open the door to tampering or IP theft across your source code, build configuration files and software artifacts.

For example, GitHub is sometimes regarded as an “operating system” across an organization's development operations where a single misuse can lead to critical incidents, data breaches and software supply chain attacks. GitHub does not lack security features, but it can be difficult and time-consuming to consistently enforce security across large implementations, and GitHub misconfigurations are a very common source of vulnerabilities. Further, manually enforcing consistency across GitHub is very labor intensive and prone to human error.

GitHub is just one example. SDLC misconfiguration risks via SCMs, build servers, artifact registries and more can lead to many dangerous exploits: denial of service attacks, maliciously changing your code, manipulating your CI/CD scripts, hijacking your production artifacts, stealing your secrets, and lateral movement into other critical assets.

The CI/CD pipeline includes automated processes for efficient code management, compiling and building, and staging and deployment. There are many ways attackers can compromise a development pipeline or process at various stages. These include poisoning an upstream open-source repo or typosquatting (otherwise known as URL hijacking), compromising a container image repo, gaining access to a continuous integration server and making changes in the pipeline to incorporate malicious code, or gaining access to a source repo and exploiting a vulnerability in production.

A compromise at any of these phases can be difficult to identify and the downstream impact, as was seen with the SolarWinds attack and the many victims of it, can be devastating and far-reaching.

The recent LastPass attack was the latest reminder of the need to secure the people that access your organization’s pre-production development environment. As we saw with LastPass, it only takes one compromised account for a malicious actor to gain access to the entire SDLC.

A wide variety of people have permissions to access the source code management systems, CI/CD systems and artifact registries that make up your software development processes. Each of these systems has a different permission model but are orchestrated together and the complex infrastructure that underpins the SDLC makes it difficult to manage all the permissions a user may have. Add to that the fact organizations often have a bad security habit of sharing credentials across systems, and you now have a large portion of your development team with powerful access to a large portion of your company’s SDLC.

This complex and untamed web of permissions creates an easy target for attackers. All hackers need to do is gain access to the right developer or account – either active or dormant - and they could obtain broad and powerful access to your build environment where they can wreak havoc, stealing IP and inflicting downstream damage to your customers.

Secrets in code denote an insecure development practice of leaving credentials and other sensitive date in code that then gets proliferated by systems and processes. Secrets are sensitive information stored in code repositories, such as tokens, passwords, and keys, that can be easily accessed throughout the build process. Secrets are pervasive, can easily fall into the wrong hands, and can provide attackers with broad access to APIs, and sensitive data, exposing you to threats.

Due to the nature of modern software development, secrets can easily make their way into your Git repository. Once there, they remain there forever, sitting in one or more of your commits, waiting to be found and used against you. Not only do the secrets sit in a Git server, but every clone and fork save this secret on different machines often without the creator’s awareness of it. Once a secret is in your Git repository it is usually hard to find all instances of it.  Even on private repositories, one compromised account in our organization can lead to many secrets being leaked over time.

When using public repositories, a pushed secret can have immediate and dire ripple effects. Often by the time an exposed secret is found, it has already been picked by automated bots and the repository has been archived by multiple archiving tools. Unfortunately, that means you should consider it exposed and compromised from the first minute it was public.

Better Together: Extend SAST and SCA with Secure Application Delivery

SAST and SCA tools remain an important part of the AppSec toolkit, but it’s undeniable that they alone are insufficient to provide secure application delivery today. Fortunately, the marriage of software supply chain security, visibility across pre-production development environments, code to cloud traceability, and the ability to remediate security issues faster with greater context will provide more benefits together with SCA and SAST than they could provide separately.

It’s now possible to combine the security capabilities above with the findings of SAST and SCA tools to provide a single view across your pre-production development environment spanning risk scoring, correlation, and risk remediation. This information can also be used for governance and compliance of the software supply chain and the applications that pass through them. These capabilities are also timely with the arrival related regulatory requirements such as Software Bill of Materials (SBOM), US Executive Order 14028, Secure Software Development Framework (SSDF), and security frameworks such as Supply Chain Levels for Software Artifacts (SLSA).

The Legit Security platform works seamlessly with existing SAST and SCA tools and your development processes to provide secure application delivery and continuous assurance that your software releases are secure. To learn more, contact us or book a demo to see our platform in action.

Software dominates the world and remains abig and accessible attack surface.In 2022, an estimated $6Bwas invested in Application Security, with that...

An application security risk assessment is a process of identifying, assessing, and managing the potential risks to an application. Not only does...